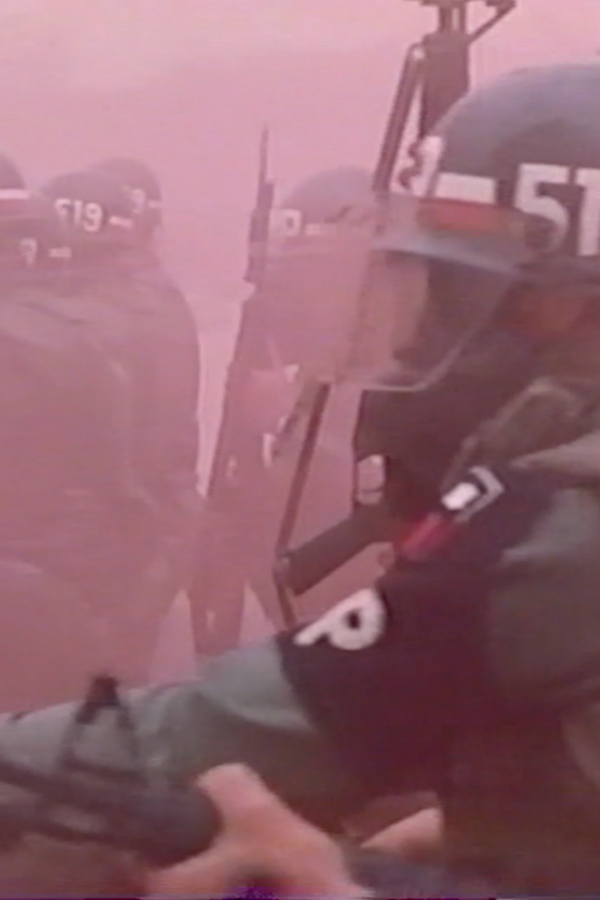 1960s in USA were marked by several large protests that continue getting made into films and books to this day. Faced with huge cultural changes and civil unrest, the state was forced to extinguish one fire after another. Instead of curing the disease, President Johnson’s administration chose to cure it’s symptoms. Riots were extinguished by violent means. And police became militarized. The whole documentary is constructed from real USA military footage of preparations to go to war with its own citizens.